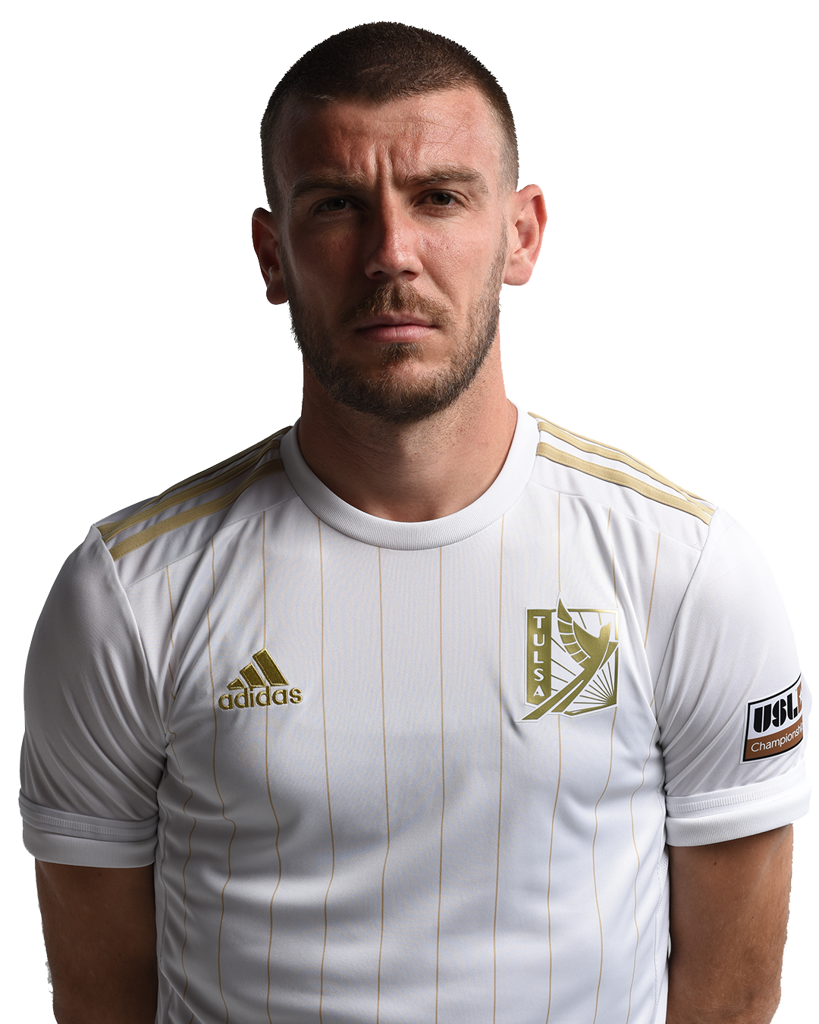 Vangjel Zguro signed for FC Tulsa on December 23, 2019. Zguro, 26, was a part of Chattanooga Red Wolves’ inaugural roster in 2019, the first season of USL League One. He finished the season tied for second in the league, and most among defenders, with seven assists and contributed a goal from his left back position. The Albanian defender was named the USL League One “Player of the Week” in Week 27 and was named on the “Team of the Week” in both Weeks 10 and 27.

He made one assist in the regular season before being transferred to Chattanooga Red Wolves. 2017-18 also saw Zguro get on the scoresheet for the first time, recording his first career league assist with Luftëtari in December of 2017. He again moved clubs in January of 2018, this time to FC Kamza. he notched his first career league goal and another assist in an April league match.

He began the 2016-17 Albanian Superliga season with KF Korabi, making 11 appearances in all competitions. He moved in the January transfer window to FC Luftëtari and made another 14 appearances in the second half of the season.

Zguro began his professional career with KF Pogradeci in his hometown in Albania in 2016. He made his first appearance in the Albanian Cup competition, "Kupe E Shqipërisë" in a 1-1 draw.